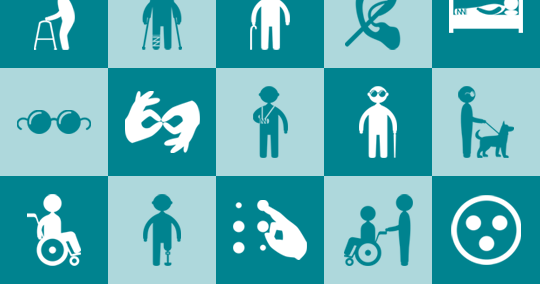 Some persons with disabilities (PWDs) in the Nanumba North Municipal Assembly (NNMA) of the Northern Region have complained that they are unable to access education because of lack of special education teachers in the area to handle them.

The PWDs said schools in the municipality did not have sign language teachers to handle them, hence, inability to access education whilst others complained about the school infrastructure, saying, it was inaccessible to them.

They made the complaints during a social auditing engagement event at Bimbilla organized by Nanumba North Municipal Directorate of the National Commission for Civic Education (NCCE) to promote community ownership of development projects and policies.

The event, which brought together duty-bearers, identifiable groups, traditional authorities, amongst others, was also to increase awareness of the citizenry on the operations of the NNMA as well as empower them to demand accountability from duty-bearers.

It followed the successful conduct of municipal-wide sensitization actions on the Accountability, Rule of Law and Anti-Corruption Programme (ARAP) with support from the European Union to deepen the knowledge of the citizenry on what constituted corruption, its forms and effects, including its linkages with human rights.

The PWDs, therefore, called on authorities to rectify the situation to ensure that they were not left behind in terms of access to education in the country.

Other participants also complained about the poor performance of pupils in the Basic Education Certificate Examinations (BECE) in the area demanding that efforts be made to reverse the trend.

Mr Abu Safianu, Deputy Municipal Director of Education at NNMA, in a response, acknowledged the challenge of the PWDs saying, in the area of school infrastructure, a decision was taken to ensure that new school buildings were disability-friendly.

Mr Safianu attributed the poor BECE performance in the area to indiscipline, parental irresponsibility and lack of effective monitoring by circuit supervisors calling on all to play their roles effectively to reverse the trend.

Mr Abrahamani Zakari, Nanumba North Municipal Youth Employment Coordinator responded to concerns of high youth unemployment in the area saying, even though some youth were recruited into various modules, efforts would be made to increase the quota of youth to be employed in the municipality this year.

Mr John Tadare, Nanumba North Municipal Director of NCCE advised residents of the area to take active interest in the affairs of the Assembly to ensure that policies and programmes implemented addressed their felt needs.

20 thoughts on “PWDs Unable To Access Education At Nanumba North”