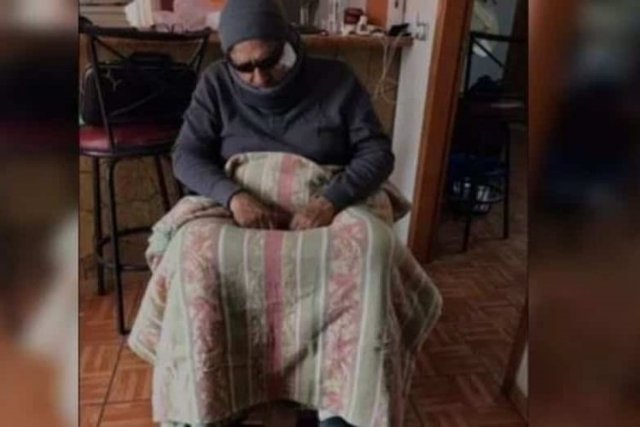 As part of an unusual social experiment, a Mexican mayor disguised himself as a disabled person in need of assistance to test the attitude of local public servants first-hand.

After receiving a number of complaints from disabled and other socially disadvantaged people about the treatment they received from social workers, Carlos Tena, the mayor of Cuauhtémoc, a town in Mexico’s Chihuahua state, didn’t know who to believe, the alleged victims or his co-workers.

So he devised a plan to test the attitude of local social workers himself. Tena spent two months putting together a believable disguise and then visited public servants at both the Mayor’s Office and Social Services posing as a disabled man in need of help.

Wearing a thick turtle-neck sweater that partially covered his face, as well as a grey hat, black eyeglasses and a bandage over his left ear, to fake an injury and avoid being recognized, Carlos Tena rolled into the Directorate of Social Development in a wheelchair, seeking assistance. He asked for a free meal, which disabled and poor citizens are entitled to according to law, but was ignored and even discriminated against.

After the bad experience at the Directorate, Tena visited his own office asking to speak with the mayor but was told that he was not in. When he asked to speak to the Secretary of the City Council, he was rudely told to wait in the hallway, as the public servant wouldn’t arrive for another hour and a half. At that point, Tena was convinced that the complaints he had been receiving were justified, so he got out of the wheelchair and took off his disguise, leaving City Hall staff in a state of shock.

“The purpose of this experiment was to show the reality that citizens experience every day, the indifference and neglect they face from public servants,” the mayor of Cuauhtémoc told local reporters. “I decided to do it because I didn’t know who to believe, the citizens or my co-workers.”

Mexican newspaper El Vocero reported that Tena has long been known for fighting for the equal treatment of the socially disadvantaged, helping them himself whenever it was within his power. In fact, he had expressed his intention to go undercover and see how these people were treated by public servants in the past, but he never followed through, so people probably forgot about it.

“This time he didn’t say anything to anyone,” a City Hall spokesperson confirmed.

Tena told Mexican media that he was ignored and discriminated, which made him feel disappointed in some of his colleagues. He added that not all of them displayed the same attitude toward him, but made it very clear that he didn’t want to hear about people being mistreated again, or he would take drastic measures.