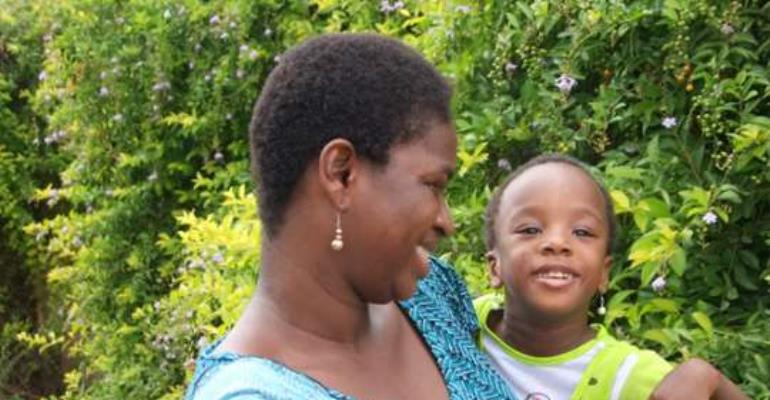 Eight month into pregnancy, I felt desperate for help, I needed help to be able to care for my two other children, I needed help especially for my daughter who has cerebral palsy (CP), I needed a care giver.

I have spoken to everybody I could think of, colleagues at the office, some friends at church, general friends, family and the usual answer I got was, ‘It is not easy to come by such persons who are good’, I guess everybody was trying their best for me.

I finally decided to go online, something that most Ghanaians will frown on, online looks too distant and sometimes, you cannot really check the authenticity, but I was desperate for help, I needed help.

So one day I took my phone and just typed house help agencies in Ghana, the very first that popped up was by name Hus Help Ghana, then I placed a call.

At first a lady picked the phone and handed it over to a gentleman who introduced himself only as John, I told him I needed a house help and he said he would get back to me.

I got talking with John but it never occurred to me to go look for his office, he made it so convenient for me, here was a pregnant woman with a real tight schedule, picking my two toddlers at different locations and it has to be within a particular time frame.

Always rushing to beat time, I spent an extra 30 minute in the office and everything else will be late, it will mean picking my daughter late, picking my son extra late and sometimes, they are the only ones left in the school to be taken home.

Thus dealing with John became my obvious choice, everything was done via the phone (online) and once I got settled to pay him via mobile money, it was too good to be true but I felt comfortable about it.

John got me someone, I agreed to interview the person at home and if okay go ahead and hire her.

The very first day this person got into the house, she started behaving funny, not feeling comfortable, I told her to go back to where she came from and come back later when settled.

I came back home from my rounds that day to find my home totally raided, huge amount of money, my television set, laptops, ipad, phone, just name it, it was all gone.

Unknown to me, when I was leaving the house with the girl, she had taken my back door key, so immediately I left and I insisted leaving home with her that day, she came back with her gang and raided the house.

The shock that went through me as I pondered over how inhuman and wicked our society has become knew no bounds but it also revealed the lack of social support for families dealing with special needs children.

Children with special needs are not like the normal everyday child, they need some skills, patience and a lot of time to be able to handle them, unfortunately in Ghana we haven’t catered enough for such kids.

Let me focus on talking about children with cerebral palsy, since that has become my area of specialty, I can say that only about 10 per cent of such children are admitted into schools, their admission into a school depends on whether the child is toilet trained, whether the child can talk and walk.

CP is a neurological or brain disorder that affects movement and sometimes speech of children. It is usually caused by injury to brain during pregnancy, during child birth or shortly afterwards.

Neo-natal jaundice can also cause cerebral palsy when a substance known as bilirubin gets into the child’s brain during the first week of the child’s life.

It is the most common physical disability in childhood and is also one of the least understood.

I know a parent of a child with cerebral palsy who is walking but not talking and cannot do anything with the hands; even that child is refused admission into schools.

I am tempted to say that even though we talk about an inclusive educational policy, I am not sure that children with cerebral palsy were taken into consideration in the formulation of such a policy.

I can admit that not all children with cerebral palsy can go to school, it depends on the severity of the disorder, however, having a centre where perhaps parents of such children can take them and pick them up to enable them work will go a long way.

Putting in place something like a care-givers centre where people are trained on handling children with cerebral palsy to offer such services at designated places is also not a bad idea.

Many are forced to lock up their children with cerebral palsy to enable them go out there and earn a living.

I remember what one mother of a child with cerebral palsy said: ‘When you have a child with CP, you tend to be disabled to enable your child live, your child restrict your movement, determines the kind of work you can do and yet taking care of these children is not possible if one is not earning an income.’

Could that explain why as a society we have resorted to killing these children? I dare say that given the right environment, attention and love, children with cerebral palsy can become a good human resource to contribute to the development of the nation.

In Ghana we have Farida Bedwei, an IT entrepreneur who had braved the storm and making impact in the lives of others in diverse kinds of ways.

It goes to underscore the fact that children with cerebral palsy are not useless; they are a good human resource that can help and even facilitate the development of the country.

As a country we need to sit up and formulate implementable policies for children with cerebral palsy, having in mind the need for structures that serves as a social support system for families dealing with such children.

I cannot over-emphasise the statement that a child with cerebral is not useless.