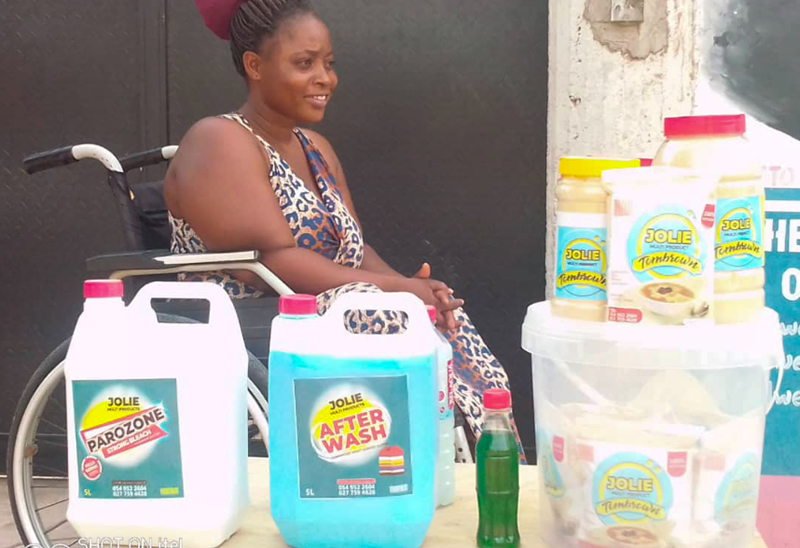 Disabled traders in Accra are depressed by low patronage of their goods and services by the public.

They say some members of the public act as though buying from them wolud make them acquire their disabilities.

Despite many years of public education by the disability movement in Ghana, stigma and discrimination against PWDs still exist in the country. Persons with disabilities suffer these negative treatments in every aspect of life, including business.

Lack of employment opportunities is one of the many challenges persons with disabilities in Ghana face; both for those who acquired formal education and those not educated.

Employers refuse to employ them either because they don’t believe that they could deliver or because they know that their work environments are not accessible to persons with disabilities, as required by section 6 of the Disability Act 2006, Act 715.

The only way out for many of them is entrepreneurship (artisanship and petty trading); while frustration has pushed some others to the streets, begging.

Rather than the expectation that life would be better for those of them who are economically engaged, the opposite is the case. Society again is frustrating them.

Members of the public do not like to patronize goods of persons with disabilities. The case is even worse for those of them who sell food.

Some members of the public tell DisabilityNewsGH that, they find food sold by persons with disabilities unwholesome. They have no problem buying items such as soap, dresses, foot wears and the like from PWDs, but not already cooked food; while some others say they will not like to buy from them at all.

A lady with hearing impairment, Miss Emilia Sasu who sells ladies bags laments that, she struggles to sell her goods; adding that, some people behave like they are doing her favour and, therefore, offer to buy her goods for very low prices.

Miss Mary Serwornu, a member of the Ghana Society of the Physical Disabled who makes tom brown observes that, the situation is making their colleagues who are begging appear to be better off than those of them who decided to go into business.

According to her, frustration in doing business is the reason why some persons with disabilities are on the streets beginning.

She opines that, nobody would willingly choose such a demeaning act of beginning if there was a better option to make a living decently.

Mary further complains that, people talk against persons with disabilities begging, when they were the same people who pushed them into it.

She is appealing to the public to patronize goods and services of persons with disabilities, if they would not want to see them begging; adding that, buying from PWDs will not transfer their disabilities to them. 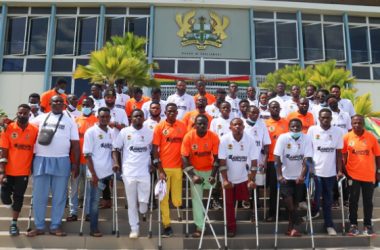