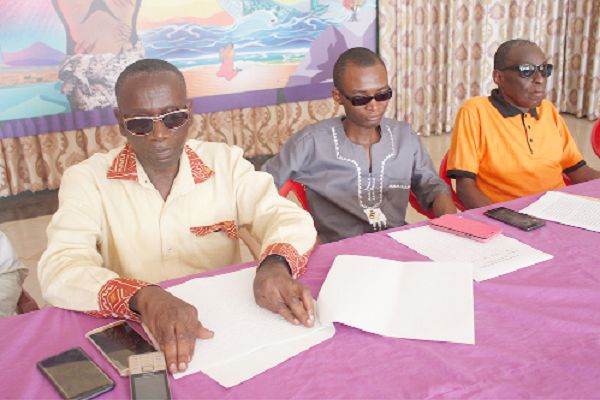 The Brong-Ahafo Regional branch of the Ghana Blind Union (GBU) has launched its 40th anniversary celebration, with a call on the public to support blind and partially sighted persons to access formal education or undergo training to help them acquire employable skills and decent jobs.

“With the appropriate training and support, we can largely overcome the obstacles of our impairment and either attain formal education or acquire employment skills and thus obtain a sustainable source of living,” he stated.

Speaking at a press conference in Sunyani in the Bono Region, the Berekum Municipal Chairman of the Union, Mr Joseph Serebour, said the union was seriously handicapped in terms of financial resources to assist its members to undergo training to acquire employable skills.

“A major challenge we want to underscore is financial constraints militating against the union”, he stated, adding that the task of reversing the negative perceptions about blindness, as well as ensuring that blind persons live decent and productive lives, was a herculean one which requires a lot of resources”.

The news conference was aimed at highlighting the challenges confronting the Blind Union as it prepares to mark its 40th anniversary celebrations in September this year.

The theme of the anniversary is: “Removing the societal barriers for sustainable development for blind and partially sighted persons in the region”.

Mr Serebour appealed to the government to fast track the full implementation of the Persons With Disability Act to promote the inclusion of People with Disabilities in all aspects of national life as well as solve the many problems they face.

He thanked successive governments for making some efforts to ensure the implementation of the Act.

Mr Serebuor expressed concern about the poor state of the Bechem Demonstration School for Blind and Deaf students, explaining that blind students on the campus found themselves in a horrible situation which did not promote effective academic work.

He appealed to corporate bodies and philanthropists to support blind students in the school to minimise their challenges and urged families not to abandon their children born with impairment but give them the same attention and care as their able-bodied children.

For his part, the Regional Secretary of the union, Mr Isaac Yeboah Afari, commended the government for its interventions such as the Free Senior High School, free National Health Insurance Scheme (NHIS) and the three per cent of the District Assembly Common Fund (DACF), among others, which had benefited some members of the union.